Taylor Swift put up an amazing show at the 2019 MTV VMAs dressed in a full pop star attire as she teamed a gold lame bodysuit with a sparkling pair of hot pants and little silver ankle boots.

The singer kicked off her performance with a rendition of You Need To Calm Down.

She sang and danced alongside some of the same drag queens who performed “Dooo It!!” with Miley Cyrus at the end of the 2015 VMAs show, according to Billboard. 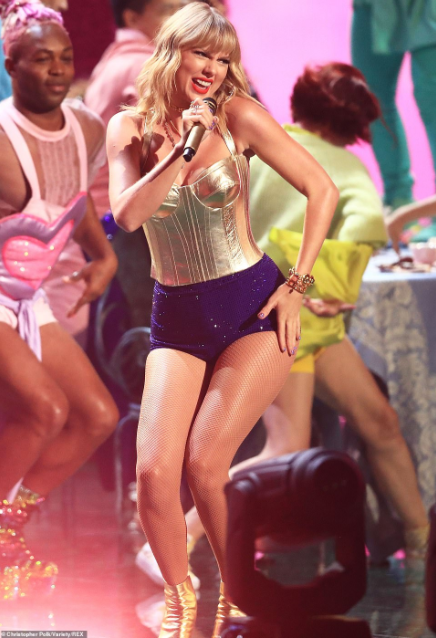 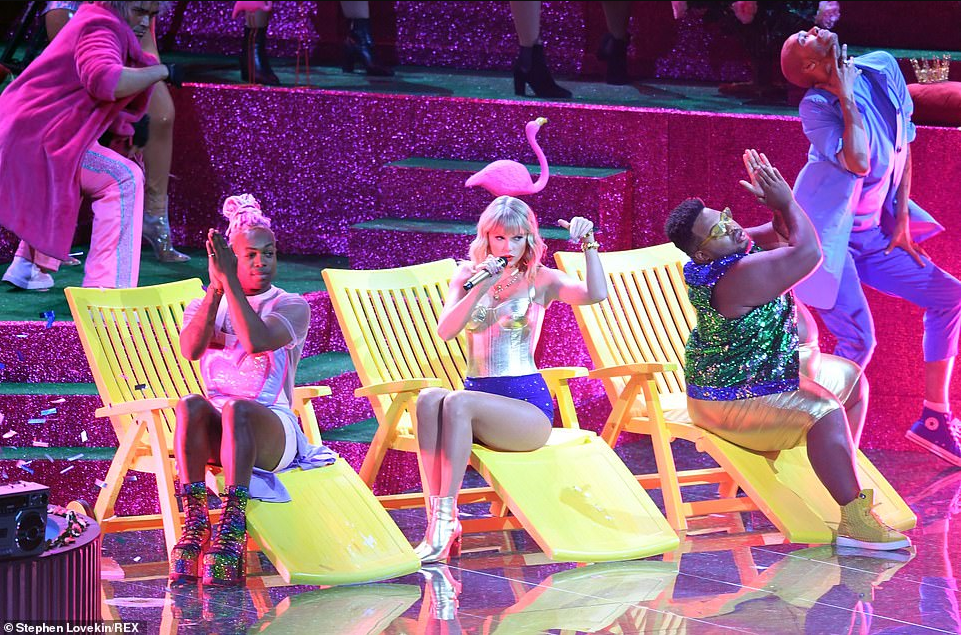 In line with the message of love and acceptance in her song, a rainbow arched over the back of the stage while holograms of the song’s key lyrics popped across the stage. The words “Equality Act” also spanned across the screens. 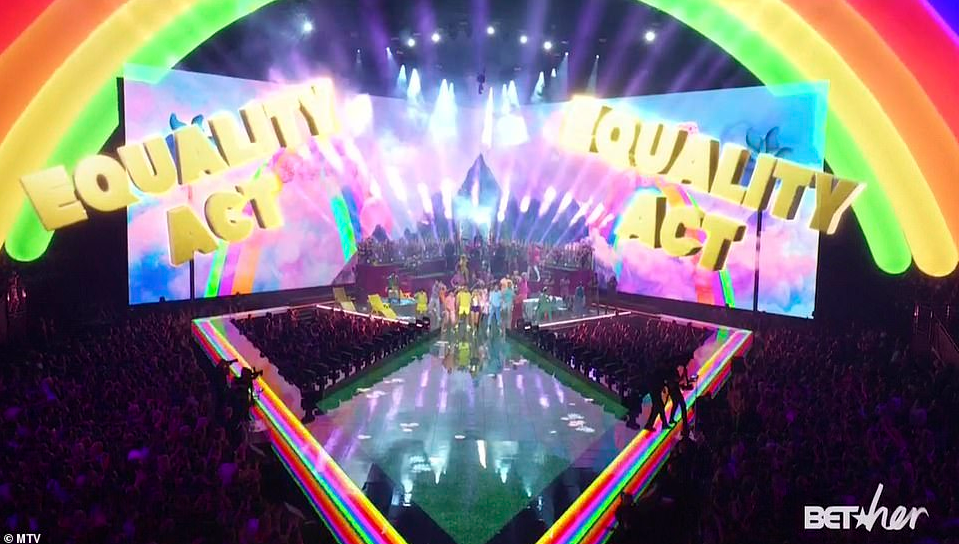 A few moments in, she tossed on a blue blazer and strapped on her guitar before slowing things down with the title ballad from her new album Lover.

Lover has been available for less than a week, and Swift’s seventh studio album is already the top-selling full-length of 2019. Released on Friday (Aug. 23), the album has scored the biggest sales week for any album since Swift’s own Reputation in 2017. 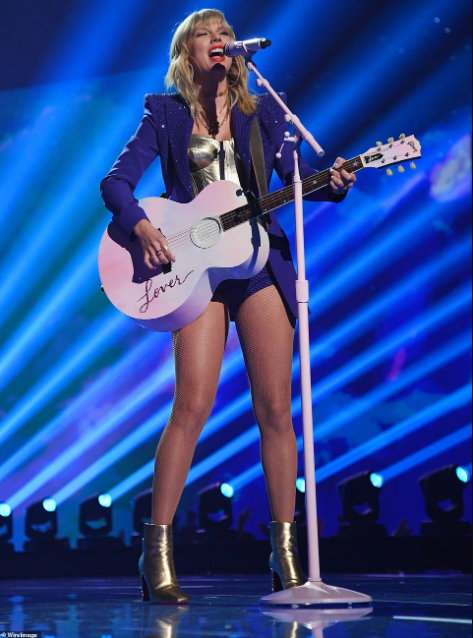 Later on during an acceptance speech, Taylor urge fans to sign a petition advocating for the Equality Act. 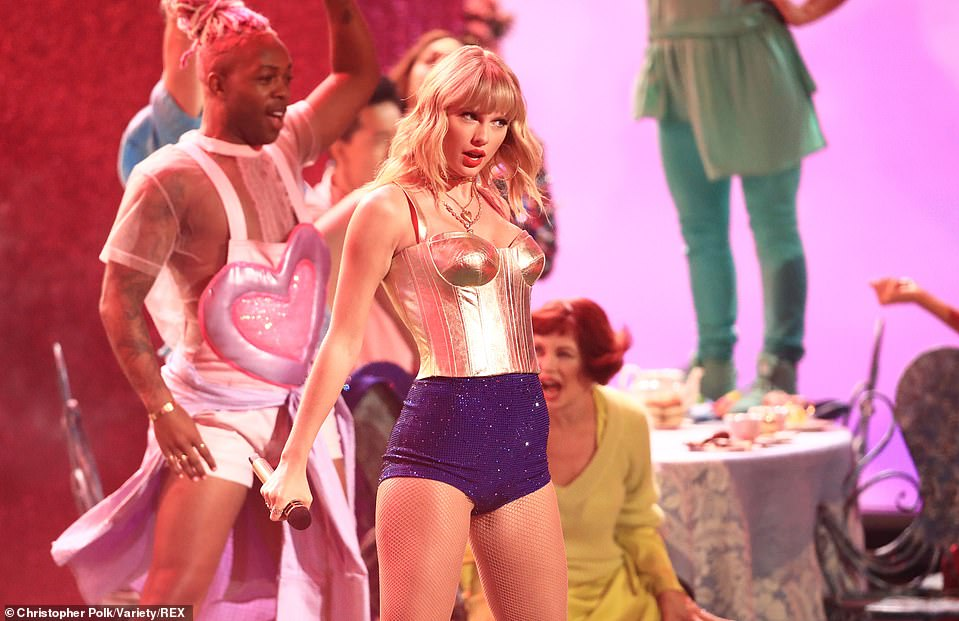